The least of the world 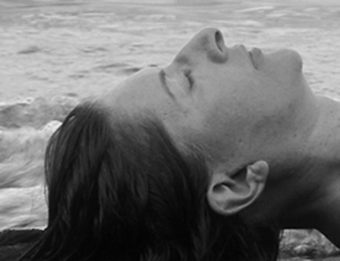 Susanna Fritscher,_Spektren 1-3_, 2010. With the support of ZKM - Karlsruhe (GE) Exhibition The least of the world, Frac Lorraine, from october 2011 to january 2012 © Rémi Villaggi

In search of the least of the world*… The FRAC Lorraine invites you into an exploration of your inner sensations stimulated by retinal and auditory waves and vibrations.

If meditation is at the heart of many religions and spiritual beliefs, not to mention medical practice, it may be that vacuity of the mind and altered states of consciousness are inherent to the functioning of our mind, of our brain. As corroborated by scientific research, the mind’s functioning is characterized by its “plasticity,” or its capacity to re-organize neural connections according to experiences undergone by the organism. Gerald Edelman, Nobel Prize winner in Medicine in 1972, goes as far as to speak of “neural Darwinism.”

It is therefore “enough” to train one’s mind so that it improves its sensory and conceptual disposition. To learn to meditate would be then one way of changing our inborn ways of feeling, and thus of being.

We invite you to a meditative break, to an eclipse, to a search for invisible realities…
The selected works “materialize” in the form of preparatory or hypothetical sketches of meditative spaces (Tania Mouraud, Yazid Oulab, Ian Wilson); musical and colorful writing (Craigie Horsfield); “visual, nomadic propositions” (Ann Veronica Janssens); manifestations of a mental state (Marina Abramovic); and spaces inviting to contemplation (Susanna Fritscher).

* The French phrase was inspired by the title of a book by the poet and philosopher Roger Munier (born in Nancy in 1923, died in 2010, buried in Xertigny in the Vosges), Le moins du monde, Gallimard, Paris, 1982. The book of poems has not yet been translated into English.

More on this theme… / Partners Exhibitions

In association with Fragment for the selection of music and sound.
www.fragment-asso.com
-
Loaners : Centre national des arts plastiques ; Serge Le Borgne ; Jan Mot, Brussels and the artists.
Thanks to the CCC – Centre de Création Contemporaine, Tours.