ON THE MOON
-
Opening: Friday 13 june at 7pm
in presence of the artist 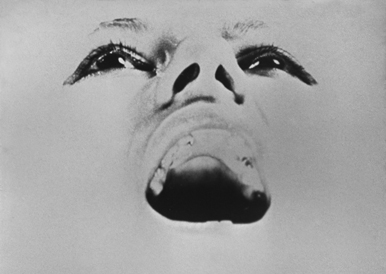 FRAC Lorraine presents the first in France retrospective of David Lamelas Argentinian, born in 1946), featuring over twenty major pieces from 1960–70, including some previously never exhibited as well as some recent works.
-

A flashback on David Lamelas with a monographic exhibition devoted to this pioneer of conceptual art and experimental cinema. Sculpting time and space, his language summons absence, awaiting, and atmosphere … in order to better understand the instant!
What if time were nothing but a fiction? Time passes, time lasts, time stops, time is an activity. Observing it, giving it material presence—this is what David Lamelas’ experiment has been about since the 1960s. He is one of the first artists to introduce perception of real-time temporality into exhibition. A chronic traveler, he works through his own itinerary, which he shows in a context, in space and time.

Greatly impressed since childhood by Velasquez’s Las Meninas, David Lamelas has developed a sculptural approach to media at the School of Fine Arts in Buenos Aires by using light and its dematerializing effects. Selected to represent Argentina at the Venice Biennale in 1968, he subsequently settled in London. Frequently traveling and often working in Paris, Anvers, Brussels, and Milan, he frequented the young European conceptual milieu as well as established authors. In that context, he developed disjunctive, experimental cinema. David Lamelas captures, registers and diffuses the instant—the smallest constitutive element of Time. These are all ways of gaining access to the real, elusive. After a few “Hollywood” films and a long stay in Los Angeles, he has returned to forms closer to the preoccupations of visual arts.

Placing the viewer at the center of his work, David Lamelas leaves a trail of clues for the viewer to follow in his or her own way … within a necessarily distended temporality!