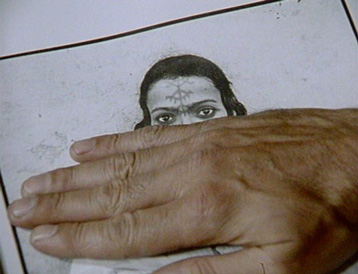 Anja Kirschner and David Panos An Exchange for Fire , 2013 © DR

A machine desires instruction as a garden desires discipline was the winning project of the most recent call of MARCO/Frac Lorraine Award for Young Curators (2012), which was jointly organised by both institutions, for the third time in a row. The idea was to produce an exhibition project to be carried out in both exhibitions venues. MARCO, Museo de Arte Contemporánea de Vigo, and FRAC (Fonds Régional d’Art Contemporain) come together again in a co-production project promoting contemporary art beyond their territorial frontiers, with a common interest in supporting new generations of professionals. On this occasion, the winning project is a proposal by Catalina Lozano (Bogotá, 1979), an independent curator and researcher who lives in Mexico.

A machine desires instruction as a garden desires discipline
This exhibition project —whose title is taken from a piece by Jimmie Durham —takes as a starting point the assumption that the History of Colonialism and Modernity are inextricably linked and subsequently explores the origins of European Colonialism, its processes of internal colonisation and what the creation of a Modern Europe meant with respect to renouncement, freedom identity and the construction of its own mythology.
This project analyses the internal colonization processes that historically coincide with the transition to capitalism and the formation of modern thought and politics, and also with the gradual establishment of nation-states which corresponded with homogenizing processes imposed over several peoples.

The project seeks to describe lines of thought that we have summarized into the following three headings: the reduction of diversity, the denial of coevalness and the myth of the disinterested observer. These are not isolated, but interwoven into an intricate fabric, however incomplete and unstable. The works brought together in this project try to blur the Platonic dualism between the material and abstract worlds, appropriated by Christianity (body and soul), then secularized in modern thought (body and reason), and widely redistributed in social classifications.

After its closure in Vigo, the exhibition will travel to FRAC Lorraine, where it will be open by the end of February 2014. Certain variations in contents and structure shall apply.

A machine desires instruction as a garden desires discipline

A machine desires instruction as a garden desires discipline analyses the internal colonisation processes in Europe that historically coincide with the transition to capitalism and the formation of modern thought and politics. These processes that led to the accumulation of wealth, growing privatisation of resources, imposition of hegemonic forms of religion in detriment of practices associated with production cycles, the control of sexuality, reproduction of the labour force and the growing abolition of forms of communality seem to stand as a precedent of (although they also continued at the same time) for strategies systematically used by European colonial powers overseas that then returned to the metropolises ‘decorated’ with new imagery.

The gradual establishment of nation-states in Europe corresponded to diverse homogenisation processes imposed on several peoples. For example, the consolidation of the nation-state in Spain occurred quite early and was consolidated with matrimonial alliances and the military enterprise known as the ‘Reconquista’ (a reconquest of Spain that did not exist but which was pre-imagined as Catholic and white), while Italy and Germany did not achieve ‘unification’ (again a term that implies a ‘natural’ form of the historically predetermined nation-state) until the end of the 19th century.

This project also seeks to provide a dynamic understanding of history in which the processes described are not limited to a closed or moralistic explanation of the past. The aim is not to present a romantic image of pre-modern Europe, but rather to disarm the civilising discourse that naturalises the equation of capital = civilisation. The complex processes described here are not isolated, but rather interwoven and they still operate in different registers and at different levels, mutating and changing, adapting, becoming more intense or fading away.

The Crusades, the Inquisition, the enclosure of the commons, the witch-hunts and even the Reform are processes understood here as having reduced diversity, i.e. more or less successful efforts to restrict behaviour and thought that contradicted the dominant, proto-modern understanding of society, politics and the economy.

These processes created a world increasingly divided between ‘civilised’ men (associated with Christianity, control over workforce in the form of salaries, the development of reason radically separated from the body) and, on the other, those who were yet to be civilised (heretics, ‘witches’, the idle, rebels and the ‘superstitious’.

This notion is taken from Walter D. Mignolo, who says that ‘the denial of the denial of coevalness is one of the main tasks of postcolonial theorisation’1. The denial of coevalness is a direct consequence of a vision of society that focuses on progress (understood as the development of a capitalist economy within institutions that regulate human life, which is now an instrument for the production and consumption of goods). This absurd logic relocates the non-European (or the ‘rebellious’ European) in the past, as backwards with regards to an unavoidable development of which modern Europe would be the highest point.

The myth of the disinterested observer

One consequence of these processes has been the modern claim of objectivity and disinterested observation of an external reality separated from the Observer: ‘Objectivity is the hallucination of being able to make observations without an observer. The appeal to objectivity is the rejection of responsibility; hence its popularity’2.

In A machine…, these lines of thought weave together and begin a complex fabric that is both unfinished and changing. On a methodological level, the different works brought together here seek to destabilise Platonic dualism (material world and abstract world), appropriated by Christianity (body and soul), secularised in modern thought (body and reason) and redistributed extensively in social classifications. The project seeks to dissolve this dualism, making it complex and preventing it from being used as a taxonomic tool.